For the past year I’ve been playing with Jimmy Bogard’s vertical slice architecture on a personal project and I became a fan. I recently recommended we start using it at work and after the initial positive feedback I was asked to prepare a bit of a pitch for my co-workers. So I decided to document my thoughts here. This will be mostly just a bunch of notes, references and personal observations to help me preach. If you find it useful, great! If you have anything to add or object to, please leave a comment. Thanks!

Naturally, I think the best pitch really is to just watch Jimmy explain it. I’ll leave these 2 videos here for your pleasure:

What we currently have (N-Tier)

In very generic terms, this is how N-Tier is typically represented (image taken from Jimmy):

And here is an overview of how we currently structure our projects:

Fuzzy separation of concerns as the project grows

We use SPA’s on client-side. There, we already started grouping code by features a long time ago because it’s just much more convenient. Module routing, service code, controllers, templates, components most often all get grouped together inside a dedicated folder. VueJS and React even go as far to encourage putting controllers, templates and styles into a single file.

Vertical slice architecture that Jimmy Bogard describes is in a way similar to that - why would we not bundle things together on the backend? 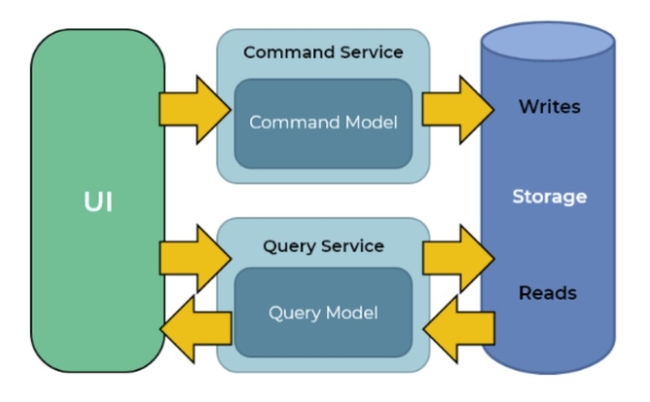 Instead of using specific repositories:

Note how we no longer need all the service / repository interface files.

For complex, heavy domain logic that will see heavy reuse, it’s ok to use a separate *.Domain project and to use use pure, rich domain models. These can then be shared by handlers. In many cases, this is not really necessary however as the logic is often simple enough to stay self-contained inside a handler - only introduce abstractions when there are pain-points.

Each feature is in a way isolated and self-contained.

Authorization / Model validation in one place

A potential fix for ITfoxtech.Identity.Saml2 "Signature is invalid" error